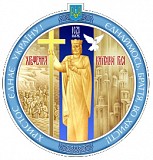 During its regular session, held on June 23-25, 2008, The Holy and Sacred Synod reviewed the invitation requesting a Patriarchal Delegation to attend the festivities of the 1020th anniversary of the Christianization of the Kievan Rus and of His Excellency Viktor Yushchenko, President of Ukraine, to His All Holiness Ecumenical Patriarch Bartholomew to personally lead the aforementioned festivities.

Having evaluated the invitations of the Church, Nation and the Ukrainian people, and in honoring their feelings, the Mother Church – as the one who originally guided the Ukrainian people into baptism – decided to respond to the aforementioned invitations through the sending of a Patriarchal Delegation under the personal leadership of His All Holiness.

His All Holiness Patriarch Bartholomew: "Therefore, it is a common duty of the civic, political, ecclesiastical and in general intellectual leadership of the Ukrainian people to utilize by every appropriate means the God-given gift of the Baptism not only for the immediate cure of various confusions and traumatic events of the historic past, but also for the restoration of the cohesive role that the Orthodox Church played in the consciousness of the Christ-loving Ukrainian nation.

If this confusion is prolonged in order to serve ethnophyletic or political ends and purposes foreign to the Church’s spiritual character would abolish the cohesive power of the Baptism and would worsen the already dangerous division of the ecclesial body, a division that wounds not only spiritual unity but also the communal coherence of the Ukrainian people with obvious troublesome consequences for the future of Ukraine."

1020 of Christianity in Kyivan Rus

View photos and read official speeches from the event

Press Releases of the Religious Information Service of Ukraine

Latest News
Join us for the Celebration of the Feast of the Annunciation of the Birth-Giver of God
The Spiritual Center of Metropolia Honors the Lost Lives of COVID-19
DIRECTIVE OF THE COUNCIL OF BISHOPS OF THE UOC OF THE USA CONCERNING PALM/WILLOW SUNDAY AND THE GREAT FEAST OF ALL FEASTS – THE RESURRECTION OF OUR LORD AND GOD AND SAVIOR JESUS CHRIST
POSTPONED: Annual St. Thomas Sunday Pilgrimage - ВІДКЛАДЕНО
Assembly of Bishops USA Announces COVID-19 Resource Center for Orthodox Christians
The Hierarchs of the Church Conduct Video/Tele Clergy Conference of the UOC of the USA
STATEMENT OF THE COUNCIL OF BISHOPS OF THE UOC OF THE USA AND DIASPORA TO ALL CLERGY AND FAITHFUL OF THE CHURCH
Pastoral Reflections
St. Mary of Egypt
Преподобна Марія Єгипетська
ХРЕСТОПОКЛОННА НЕДІЛЯ
Homily on the Sunday of St. John of the Ladder
The Second Sunday of Great Lent – St. Gregory Palamas
Друга неділя посту - Свт. Григорія Палами
Upcoming
Archbishop Daniel's Liturgical Schedule
Calendar 2020 / Orthodox Daily Planner
Holy Week and Pascha Celebrations at the Metropolia Center of the Church
Month of APRIL in the Life of the Church - Місяць КВІТЕНЬ в житті Церкви
Iconography Workshop
2020 Ukrainian Orthodox Church Camping Ministry at All Saints Camp - Відкрита Реєстрація на участь в літніх таборах УПЦ США
8-22 листопада 2020 року - Паломництво на СВЯТУ ЗЕМЛЮ та КАПАДОКІЮ з Архієпископом Даниїлом
Recent Galleries