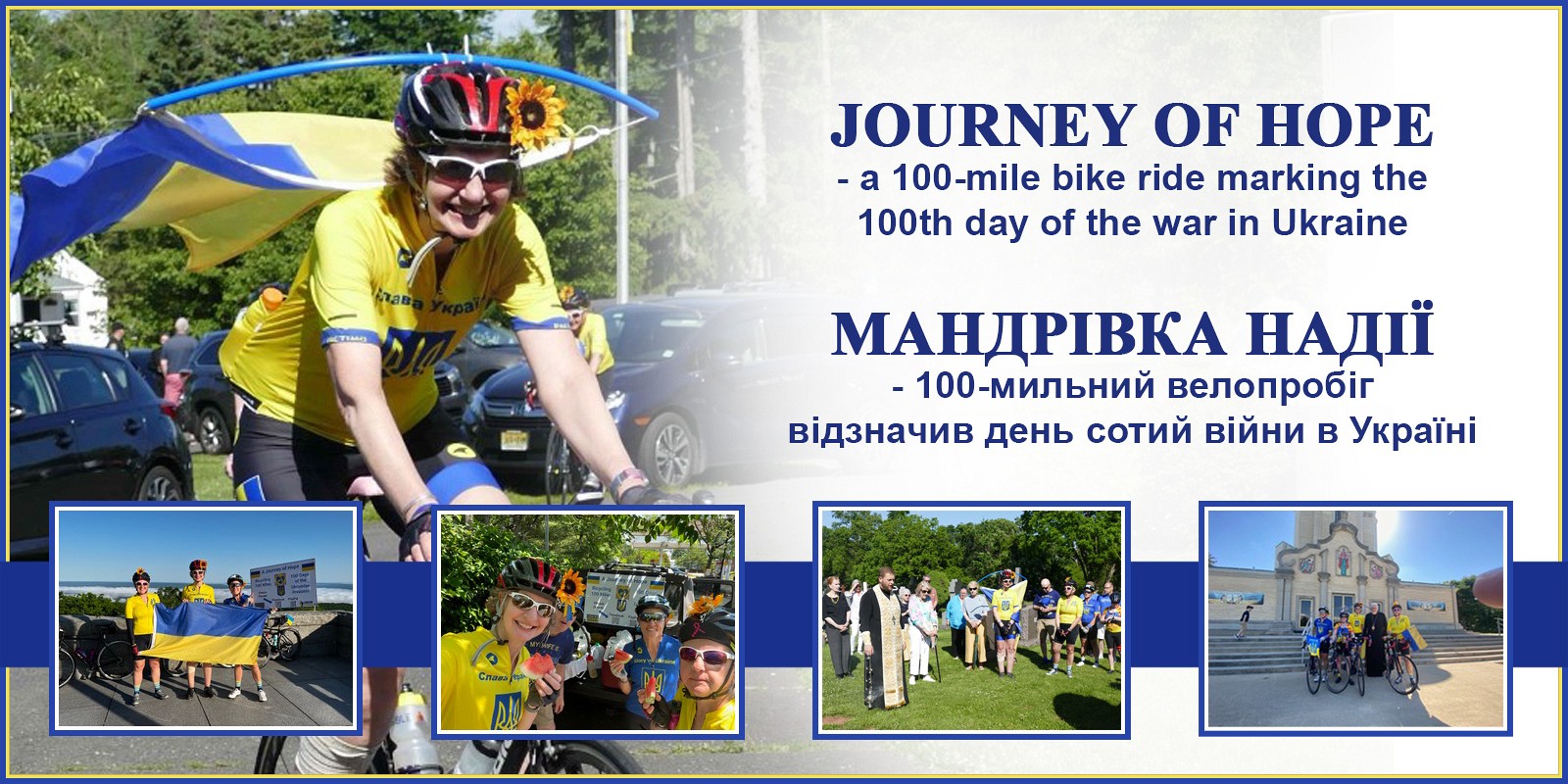 The past 100 days have weighed heavily on the hearts and minds of the world with the horrendous images of Russia waging war on Ukraine, and millions of refugees fleeing the country to save their lives. For Natasha W. Birmingham, they’ve been images that brought to life the stories she heard from her late grandmother, Halyna Bodareva, and her mother, Nona, and her aunt Alla. Over 80 years ago, Halyna was also forced to flee Ukraine with her infant daughters after Josef Stalin’s regime arrested her husband.  Halyna knew she would likely never see her husband again, but she needed to save her family and so she launched out on a multi-year-long journey that took them through treacherous and war-torn Europe. Like so many, it was a hardship and an injustice that they would bravely endure, but never forget.

As Natasha was out riding her bike in April on what would have been her grandmother’s 109th birthday, she wondered how she could honor her grandmother during this deeply troubling time, along with all the brave women who have fled Ukraine with their children. Thus the idea was conceived for a long and challenging bicycle ride which she called A Journey of Hope: 100 miles for 100 days of the Ukrainian invasion.  Its purpose was to honor her grandmother’s difficult journey, to honor all the women forced to flee Ukraine with their families, to continue to raise awareness for the 100 days of the invasion, and to raise relief money for the Ukrainian Orthodox Church of the USA to help with their humanitarian aid efforts.

“My grandmother remained a most hopeful person, despite everything she went through,” Natasha said, “and my dream for this ride was to share that hope through her story, and through the money raised for the Church to help with their incredible humanitarian aid that may bring hope to the people of Ukraine.”

Natasha created a 100-mile route from the High Point Monument in Sussex, New Jersey to her grandmother’s gravesite at St. Andrew Ukrainian Cemetery, Ukrainian Orthodox Church of the USA in South Bound Brook, NJ.  Natasha felt it was important that this journey be by women, for women, and reached out to two friends, Eva Wirth from New York City and Hazlet, New Jersey, and Christine Parauda, from Blairstown, New Jersey, who jumped at the chance to become a part of the Journey of Hope. Another friend, Kathy Czizk, joined the riders at mile 88 for the final ride onto the Church grounds.  Her husband, Bobby Birmingham, provided support throughout the day by following along in his vehicle.

A little over six hours after they started their journey on Saturday, June 4, His Eminence Metropolitan Antony, along with other clergy and employees, and family and friends, greeted the riders at their completion at St. Andrew Memorial Church and Cemetery.  Metropolitan Antony commented on the importance of keeping the Ukraine crisis forefront in people’s minds and appreciated the impact that the money raised will have on the continued humanitarian aid going into Ukraine.

The ride concluded with a Memorial Ceremony at Halyna’s gravesite, conducted by Fr. Andrij Drapak.  A prayer was also offered for everyone who has died due to the war in Ukraine. Very Rev. Fr. Vasyl Pasakas also thanked the riders for all they did, mentioning how the crisis has moved some people to sing, or dance to help Ukraine and how the riders chose to ride their bicycles to raise awareness and help Ukraine.

For more information or to donate, you can visit  https://www.facebook.com/donate/7410482322326467/ or make your donation on the Church’s website www.uocofusa.org where you can also read about how humanitarian aid is being distributed in Ukraine.

By UOC of USA staff

Ukrainian Orthodox Church of the USA Welcomes A Journey of Hope