Appeal of the Ukrainian Council of Churches and Religious Organizations

on the provision of air defense for Ukraine and

humanitarian corridors for the rescue of civilians

In more than a month of Russia's full-scale war against Ukraine, at least 153 children were killed, and more than 245 children were wounded. Thousands of Ukrainian civilians have already suffered from constant Russian bombing and missiles aimed at residential areas.

Russian troops shelled about 859 educational institutions, 83 of which were completely destroyed. The bombing also destroyed at least 100 manufacturing plants, 150 healthcare facilities, and 4,500 residential buildings, including apartment buildings, and these figures continue to increase. The UN has recorded dozens of incidents of bombing and missile attacks that have damaged medical facilities, including 50 hospitals.

As a result, millions of civilians of different nationalities and faiths who lived peacefully in Ukraine now face a humanitarian catastrophe caused by Russia's military invasion. The situation is particularly complicated by the shelling of food warehouses and convoys with humanitarian aid, as well as the blockade of a number of Ukrainian cities, which the Russian invaders are resorting to. Thousands of people in the Kyiv region and tens of thousands of people in Mariupol, Donetsk region, are still under blockade by Russian troops without food, water, medical care, and other means of subsistence.

Almost 5,000 civilians have already become the victims of the Russian blockade in Mariupol – they were killed as a result of constant shelling, including during attempts to evacuate through pre-agreed humanitarian corridors. Kyiv, Kharkiv, Chernihiv, Sumy, Kherson, Mykolaiv, Donetsk, and Luhansk regions are currently under constant shelling, bombing, and missile attacks.

Every human life is an extraordinary value, therefore, the Ukrainian Council of Churches and Religious Organizations repeatedly calls on world leaders, OSCE member states, the EU, and NATO to take urgent measures to introduce a no-fly zone over the territory of Ukraine or to provide the Ukrainian army with modern air defense systems and fighter jets that can protect Ukrainian civilians from regular bombing and missile strikes by the Russian invaders.

In addition, the UCCRO appeals to the leadership of the Russian Federation, international organizations, church hierarchs, and religious figures of the peoples of Russia ‒ to take urgent measures to stop the blockade of Mariupol, Berdyansk, Kherson, and other cities of Ukraine and to organize humanitarian corridors in order to evacuate residents of Ukrainian cities and towns from areas where active hostilities are taking place to safe places of their own choosing.

Even in times of the greatest upheavals, wars, and disputes, we must not forget about humanity and mercy. Each of us must do everything possible to preserve human life and end this Ukrainian-hating war of aggression launched by Russia as soon as possible. 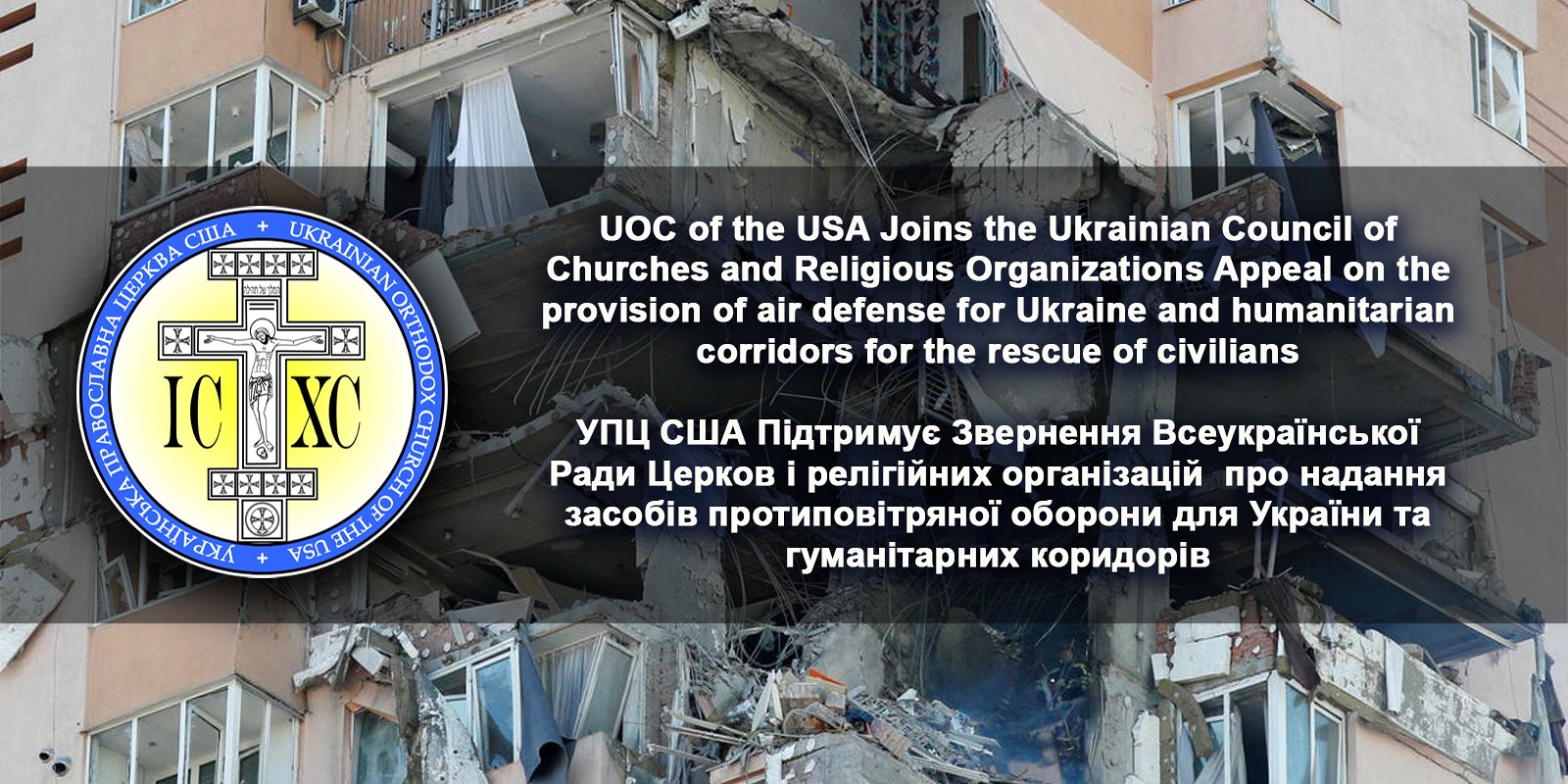