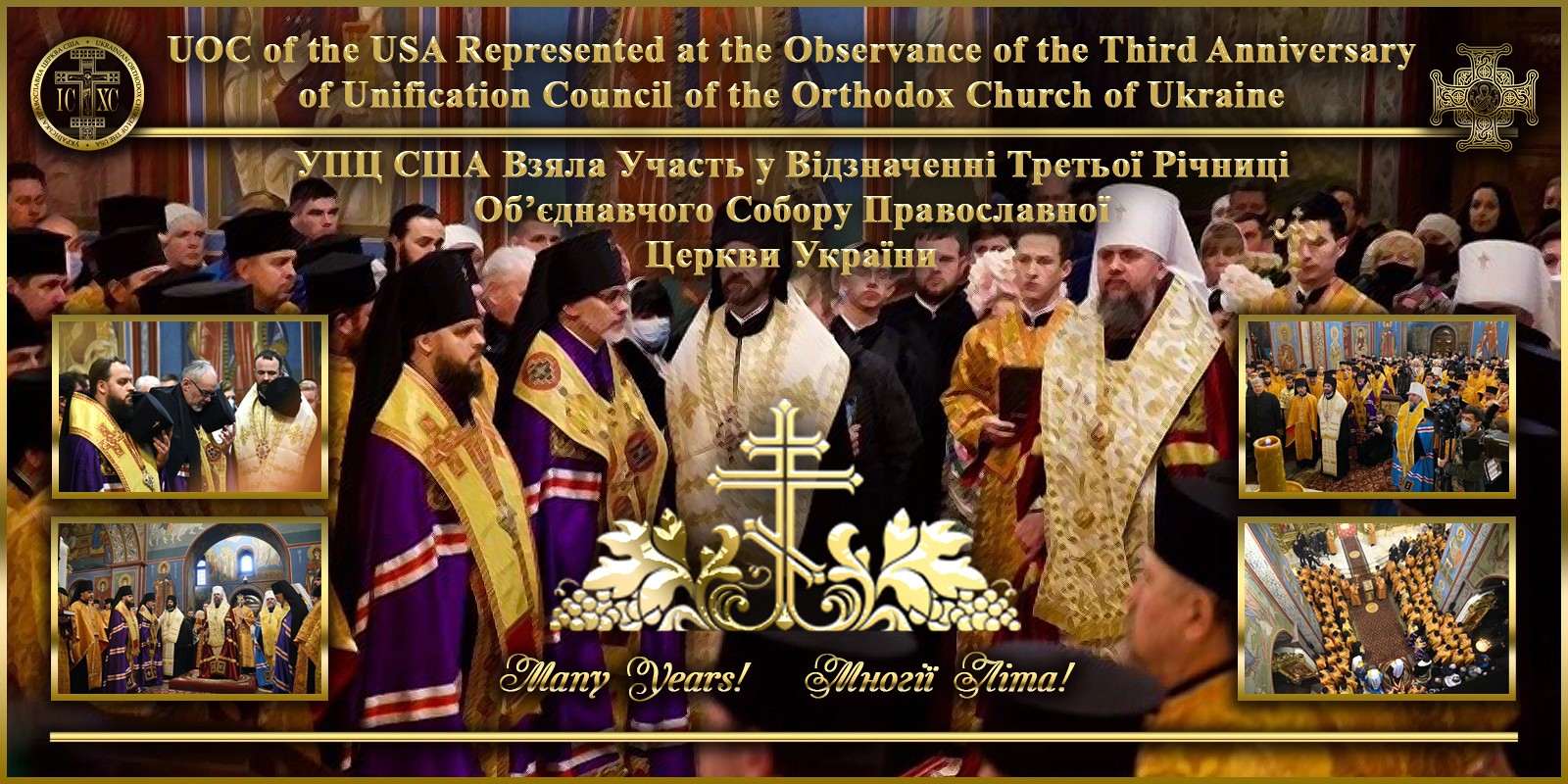 on the Third Anniversary of the Unification Council

On the occasion of the third anniversary of the Unification Council, His Beatitude Metropolitan Epifaniy of Kyiv and All Ukraine, on December 15, 2021 led a Moleben of Thanksgiving in the Saint Michael Golden-Domed Cathedral.

With the blessing of His Eminence Metropolitan Antony, Archbishop Daniel concelebrated with the Primate of the Orthodox Church in Ukraine. In addition, Metropolitan Symeon of Vinnytsia and Bar, Metropolitan Oleksandr of Pereiaslav-Khmelnytsky and Vyshnev; Archbishop Agapit of Vyshhorod; Bishop Volodymyr of Fastiv; Bishop Mykhailo of Komansk, Exarch of the Ecumenical Patriarch concelebrated the Moleben Service.  Venerable brothers of the Golden-Domed Monastery, Very Rev. Volodymyr Steliac (UOC of the USA) and numerous other clergy were in attendance of the commemoration.

The fifth President of Ukraine, Petro Poroshenko, along with his wife Marina, as well as Ambassador Extraordinary and Plenipotentiary of Ukraine to the Vatican, Andriy Yurash, were present, and praying along with the clergy.

At the conclusion of the service, His Beatitude delivered a moving sermon, and took the opportunity to award former President Petro Poroshenko, and his wife, with honorary Church awards.

Additionally, on this momentous occasion, congratulatory greetings were delivered from the Prime Minister of Ukraine, various government officials, politicians, as well as public and cultural activists.