On Saturday, September 12, 2020 - after months of eerie silence due to the pandemic, the Metropolia Center of the Ukrainian Orthodox Church of the USA burst to life, as the hierarchs, clergy, faithful and students marked the start of the new Academic Year at St. Sophia Ukrainian Orthodox Theological Seminary.  To ensure the safety of those gathered and in accordance with social distancing restrictions, the Divine Liturgy took place outdoors, next to the Three Holy Hierarchs Seminary Chapel.

With the final preparations were underway, the altar cloths and banners joyfully billowed in the breeze, as the birds happily chirped in the pine trees overlooking the serene scene.  Mothers called their children, who had been laughing and running around in the lush green grass, to their sides as the clergy, who had traveled from neighboring regions, exited the chapel door and took up their positions marking the beginning of the service.  The seminarians began to quietly sing, their voices merging softly with the birds, carrying on the breeze across the Metropolia property. 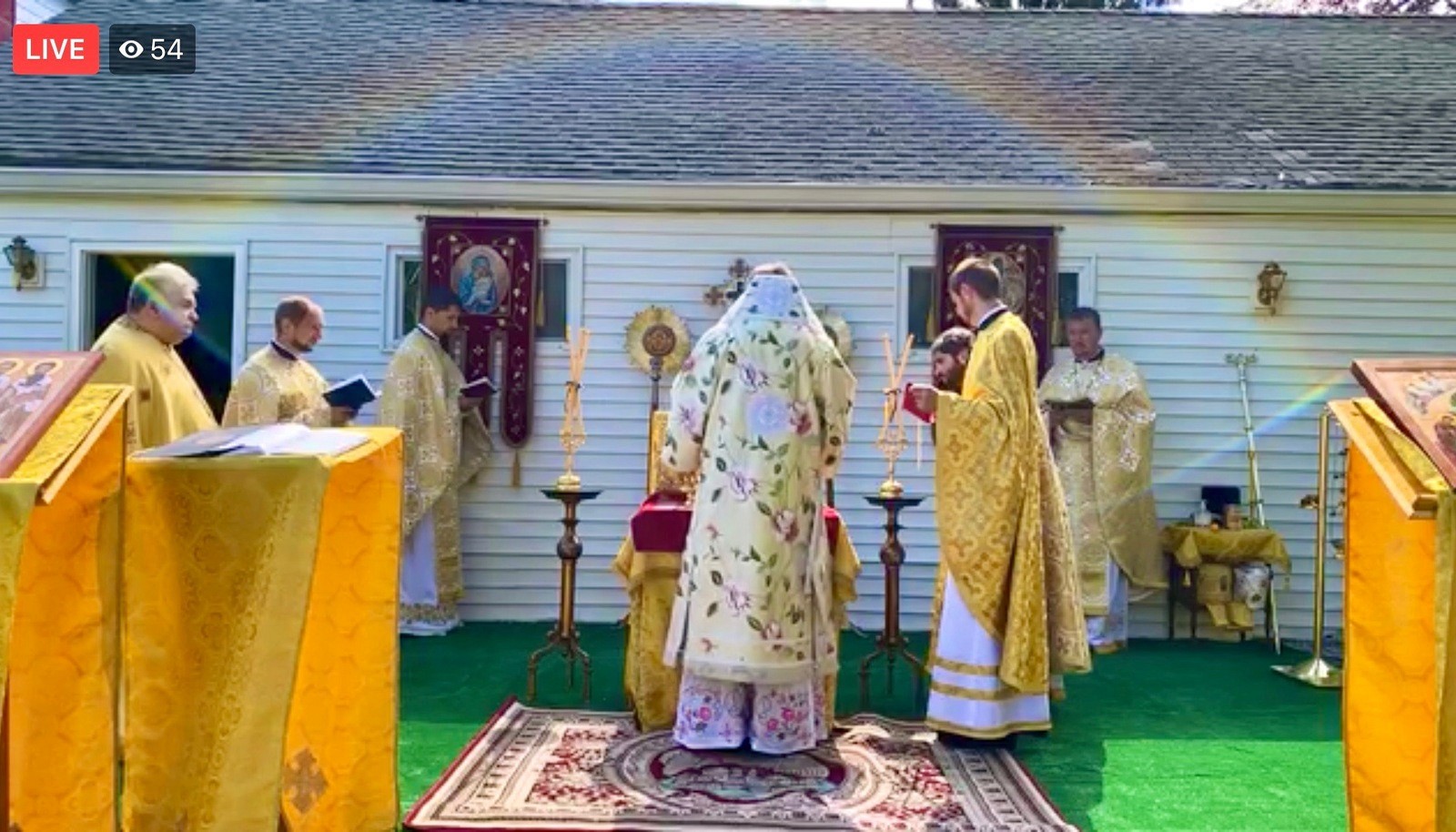 As the faithful intently listened Vladyka Daniel loudly read the Gospel Reading from Matthew 231-12 which was prefect for the start of the new Seminary Semester, as Christ taught the His Disciples and the multitudes gathered to shun earthly titles and glory, but, instead to nurture humility.

His vestments glowing in the late summer sunshine, Archbishop Daniel turned to face those seated before him, and those watching the LIVE video broadcast, and gave a sermon reiterating the words of Christ, instructing everyone, especially the seminarians, to not put too much importance in worldly aspirations, titles and successes; but, to put all their effort into nurturing humility and serving others.

Vladyka shared the advice his mother, Halyna Zelinsky, had given him at his episcopal consecration.

As wheat sprouts it reaches heavenward in search of strength from the sun, and nourishment from the rain.

When it has ripened and is ready for harvest, the shoot bows its head low, gets cut, ground into flour, and is finally used to nourish humanity.

So, a man who has been preparing and training to join the priesthood, and episcopal ranks, has been growing over the years in wisdom and strength from God above.  However, once consecrated needs to bow low in humility, and be willing to nourish the flock entrusted to him, shunning earthly titles and fame.

As the seminarians, the future clergy of the Church, listened intently and mulled over his words, Archbishop Daniel concluded his sermon and the Liturgy joyfully continued beneath the blue sky and white clouds.

Having said the Lord’s Prayer the faithful gathered on the lawn watched intently as His Eminence proclaimed “Holy Things are for the holy!”  As the choir responded ““One is Holy! One is the Lord Jesus Christ!” everyone intently watched for usually the Royal Gates would be closed at this point, and the Curtain drawn.  However, today’s outdoor service permitted the laity to gaze upon that which is usually hidden… and they were amazed.

As His Eminence Metropolitan Antony approached to partake of the Holy Eucharist, the sun seemed to brighten, and a rainbow appeared over the altar.  People stood in awed silence, as the clergy communed, and then approached in fear and love to join them at the Lord’s banquet table.

Having concluded the Divine Liturgy, Archbishop Daniel took a moment to introduce the visiting clergy, as well as the seminarians, specifically pointing out the three new gentlemen who had just arrived from Ukraine to join the seminary student body.

With spirits uplifted, and smiles hidden behind masks, the faithful happily made their way around the seminary building to the outdoor seating area to enjoy a light communal lunch of grilled burgers and hotdogs.  With public safety their priority, the seminarians took charge of preparing plates with food and serving the widely dispersed individuals.

The afternoon waned with the sounds of prayer being replaced with laughter and chatter, as after a long separation the faithful once again were able to meet and share their love for one another.  One by one, having satiated their spiritual and physical hunger, the people began to disperse to their own homes.  As if joining in the final goodbyes that were shouted out of open car windows, the geese that had been peacefully grazing on the green lawn began to honk loudly before taking wing themselves.

The day’s celebration will leave those who were present, as well as those who joined via mobile devices with lifelong joyous memories.