Following the conclusion of the archpastoral visit to Melbourne Metropolitan area of Australia, His Eminence Archbishop Daniel traveled to Brisbane, Queensland in order to visit the Ukrainian Orthodox parish family of St. Nicholas the Wonderworker, under the pastoral leadership of Protopresbyter Mykola Serdiuk.

With the blessing of His Eminence Metropolitan Antony, Primate of the Ukrainian Orthodox Church of Diaspora and USA, Vladyka Daniel arrived on the premises of the parish community on Sunday morning, February 9, 2020, in order to serve the Eucharistic Divine Liturgy for the faithful of the community parish family. Mrs. Luydmyla Serdiuk, representing the parish board of administration and the ladies of the parish community, welcomed Vladyka with a traditional bread and salt, while the representatives of the youth of the parish presented the hierarch with the flowers.

Protopresbyter Mykola Serdiuk, in his capacity of the pastor of the parish, presented Archbishop Daniel with a cross and asked for prayers for the parish, the nation and Australia and especially for the next generation of the Ukrainian Orthodox Christians in Brisbane area – parishioners of the parish.

In his sermon, following the Gospel reading for the Sunday of the Public and Pharisee, His Eminence stated:

"Today is known as the “Sunday of the Pharisee and the Publican”. It is the first Sunday of a period of preparation, which comprises of four Sundays that precede Holy Lent.

The gospel reading is from Luke 18:10-14 and it is a parable offered by Christ, which reflects the spiritual state of a person when they stand before God. The parable speaks of two people who went up to the Temple to pray. The two personalities described by Christ in this parable signify two different categories; the first was a Pharisee and the second was a Publican.

The Pharisees were a prominent Jewish religious class; very well known amongst the Jews. They were known for keeping the law to the last word. Christ constantly rebuked them, because they were more concerned with the external religious practices rather than with the essence of the law and He compared them to marbled tombs, that are bright and shiny on the outside yet corrupt and defiled on the inside.

The Publican was a tax collector for the Romans. Publicans, in general, were hated by the Jews because they embodied Roman oppression. Many times, they would collect more taxes than what was required and would put the extra in their own pockets. They were considered sinners and traitors.

These two, very antithetical personalities, went up to the Temple to pray. The sinful Publican went back to his house justified but the Pharisee, the preserver of the law, was condemned by his works.

The quality of the prayer revealed the essence of each of them. The Pharisee, as the gospel says, is the one who began his prayer by giving thanks, and his prayer was the longest. Prayer is a dialogue with God, but it seems that the Pharisee was standing praying with himself; he was praying to himself rather than to God. He was praising and glorifying himself and not God, whom he was standing before. His thanks to God originated from his self-adoration. This is the “religious pride” that results from prayer, fasting and alms-giving when we do not focus on their essence. The Pharisee fell into the sin of judging others. He said: “God, I thank You that I am not like other men, extortionists, unjust, adulterers, or even like this tax collector”. The Pharisee used to pray, fast and give alms and these things are necessary and required according to the law since faith without works is dead, but he did not know that “God also examines the hearts and the intentions”.

The Publican, on the other hand, stood “far off and would not even lift up his eyes to Heaven”. This is the way a humble person stands in prayer.

We read the following in the Sunday service: “If you become as the Pharisee; flea far from the Temple, for within is Christ, who only accepts the humble”. The Publican stood afar; he felt unworthy to stand in this holy place and to speak with God. He beat his chest as a sign of his repentance and reprimand of the conscience. His prayer was brief; only one sentence: “God be merciful to me a sinner!”; a short prayer, originating from a broken and contrite heart. 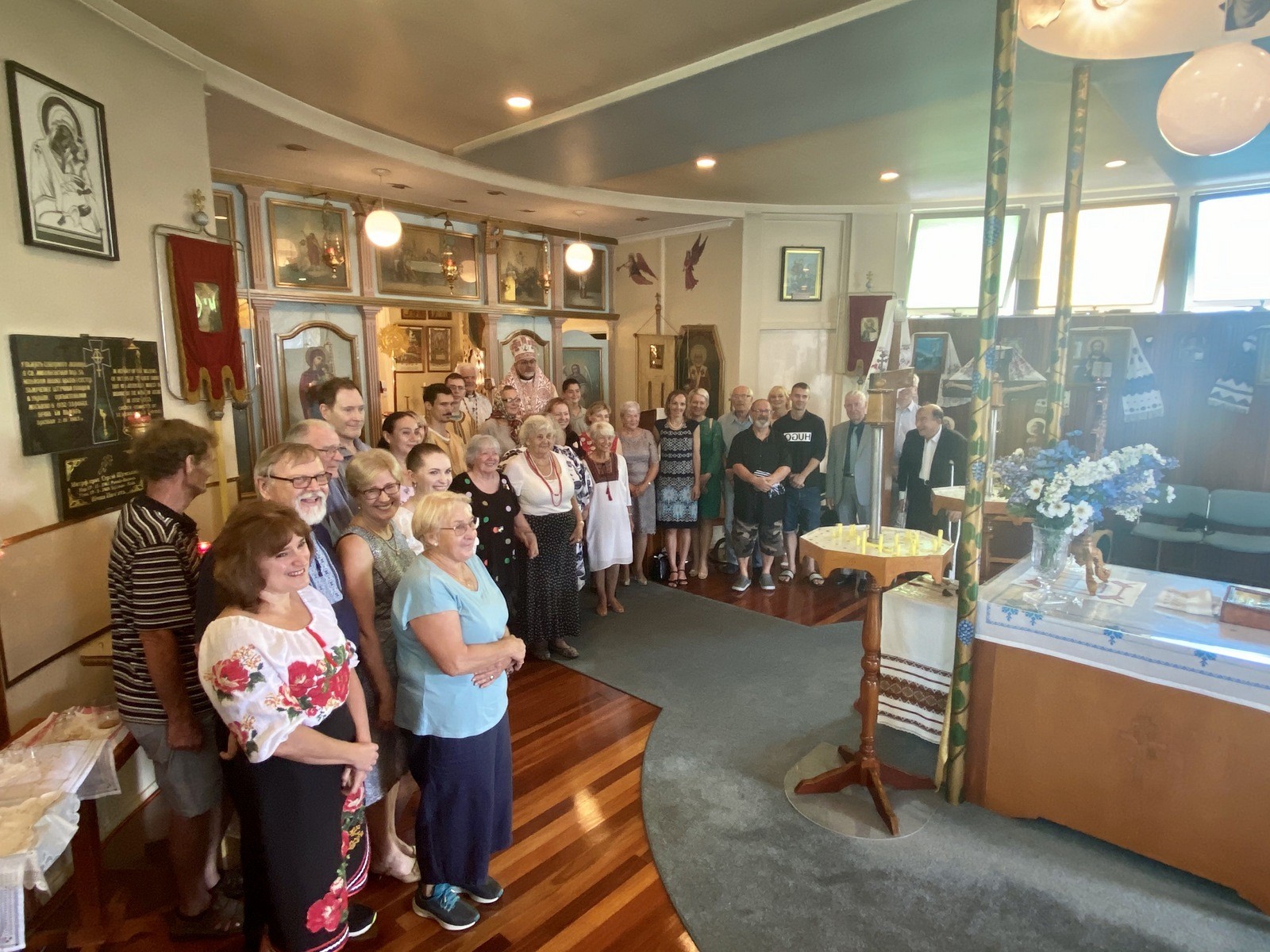 On this day the following hymn is also read: “O believers, let us pray in the Holy Temple, the hymn of the Publican, saying: ‘God be merciful unto us sinners’; so that with him, we may be granted forgiveness and may be delivered from the destructive pride of the Pharisee.”

This Parable, offered by Christ, was chosen by the Holy Church, in the beginning of the period of preparation for Great Lent, to enter us into the arena of prayer and fasting, equipped with the weapons of repentance, humility and contrition of heart.

This parable today teaches us the importance of humility when we exercise the virtues. Humility guards the Divine virtues and it is the ladder that leads to Paradise. Let us, therefore, O Brethren, humble ourselves as did the Publican and offer unto God a yearning from the heart, and fall down in prostration, that he may grant us forgiveness of sins, we who offer our repentance unto Him."

Following the conclusion of the Divine Liturgy, the ladies of the parish treated all in attendance to refreshments, thus providing time for a very warm and informal time with the hierarch of the Church.