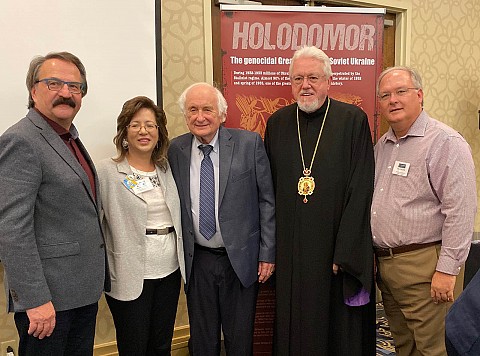 The Renaissance Airport Hotel, Philadelphia was the venue for an International HOLODOMOR FORUM on 4-6 October.  The full-day conference was organized by the National Holodomor-Genocide Awareness Committee of the USA, the body responsible for the establishment of the permanent National Holodomor Memorial located just steps away from the United States Capital Building on Massachusetts Avenue in Washington, D.C.  The conference brought together Holodomor scholars and members of action committees from all across the USA and Canada.  Metropolitan Antony of our Holy Ukrainian Orthodox Church of the USA participated in the Forum as did Metropolitan Boris of the Ukrainian Catholic Church of the USA.  A special guest and speaker at the conference was Former Congressman Sandor Levin of Michigan.  He was a co-founder of the Ukrainian Caucus of the House of Representatives in 1997 and worked tirelessly until his retirement in 2019 as a forceful supporter and sponsor of the National Memorial, seeing it through to completion.  The Congressman is pictured here with the two Metropolitans.

The FORUM workshop sessions included:  “Cirriculum” – Materials available for teaching in any educational system about the HOLODOMOR and their dissemination;  “Duranty and Advocacy” – a full discussion about the New York Times reporter who published completely fraudulent articles denying he existence of the famine and its consequences, for which he received a Pullitzer Prize and which the NYT refuses to return.   The workshop contemplated the ways to move beyond these facts and to prove the deceit he employed in support of the Soviet Regime; “Media Awareness” – a very informative workshop discussing the most effective methods for expanding knowledge and understanding of the HOLODOMOR as GENOCIDE and encouraging the US Government to formally declare that it was an act of Genocide perpetrated against the Ukrainian nation by Josef Stalin.  The US Congress has made such a declaration but the Executive Branch has not done so; “Holodomor – Lessons for the World” and “The Fifth Anniversary of the Holodomor Memorial”.

Latest News
00000
Celebration of Pastoral Leadership at St. Anthony of the Desert Mission in Las Cruces, NM
00001
Metropolitan Antony Participates in Pan-Orthodox Service, Welcoming the Ecumenical Patriarch on His Apostolic Visit to the USA
00002
Pokrova Celebration at St. Mary the Protectress Ukrainian Orthodox Church in Rochester New York
00003
Ukrainian Orthodox Parish in Spring Valley, CA Celebrates 60th Anniversary of Ministry
00004
Patriarchal Encyclical For The Feast of The Holy Physicians
00005
Ukrainian Orthodox Word - October Issue
00006
Prayerful celebration of the feast of the PROTECTION of the BIRTH-GIVER OF GOD in the Spiritual Center of the Church
Pastoral Reflections
00000
The Widow from the City of Nain
00001
Неділя отців 7-го Вселенського Собору
00002
Свято Покрова Пресвятої Богородиці
00003
Protection of the Mother of God
00004
Люби свого ближнього, як самого себе
00005
Two Commandments for Our Times
Upcoming
00000
Archbishop Daniel's Liturgical Schedule
00001
Month of OCTOBER in the Life of the Church - Місяць ЖОВТЕНЬ в житті Церкви
00002
Prayer for the Youth - Молитва за Молодь
00003
YOU CAN HELP YOUR CHURCH: Make a donation to support the Ministry of the Ukrainian Orthodox Church of the USA
00004
Order Calendar 2022 / Orthodox Daily Planner
00005
Pre-order your 2022 Calendar - Замовляйте ваш Календар 2022
Recent Galleries 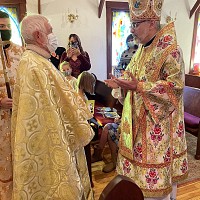 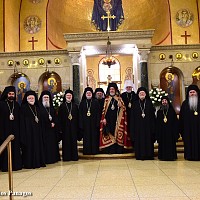