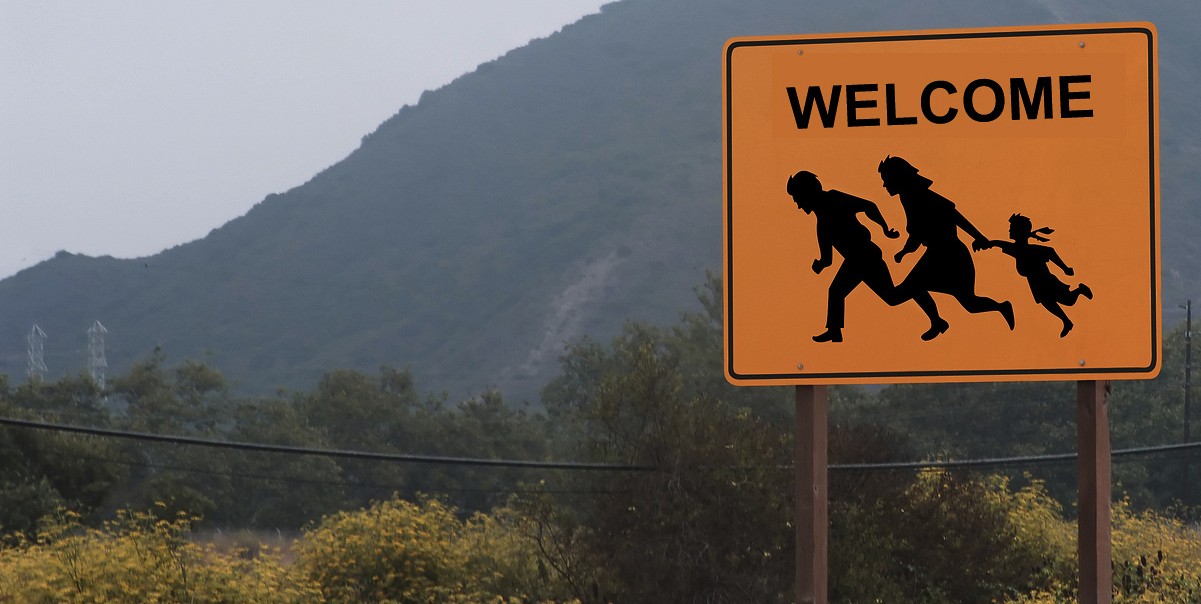 In prayerful unison with the National Council of Churches, organization that serves as a leading voice of witness to the living Christ in the public square since 1950, the NCC brings together 38 member communions and more than 40 million Christians in a common commitment to God’s love and promise of unity, the Council of Bishops of the Ukrainian Orthodox Church of the USA blessed to forward to the parishes of the UOC of the USA the following statement:

“Thus says the Lord of hosts: Render true judgments, show kindness and mercy to one another; do not oppress the widow, the orphan, the alien, or the poor; and do not devise evil in your hearts against one another.” Zechariah 7:9-10

The National Council of Churches urges the Trump administration not to go forward with the widely publicized raids scheduled for this weekend that are intended to round up and deport thousands of families and individuals. Indeed, these raids may very well take place while millions of Christians are attending Sunday services. The raids have struck fear and dread into the hearts of countless people who are living peaceful and productive lives in our nation.

These unnecessary acts of “enforcement” terrorize children, women, and men who live in our communities. It is unconscionable and immoral. We see these threatened deportations as part of a program of extreme intimidation and harm, and we urge the U.S. government not to move ahead with these raids.

This is a moment in which God is calling the Church to do all it can to stand with those who have sought refuge within our borders and to resist these measures and show compassion toward persons threatened with deportation. Many of the congregations associated with the NCC are praying for those impacted and are prepared to act in ways that protect threatened persons.

People of faith cannot turn a blind eye this weekend and we must rely upon the strength of God, revealed in the life, death, and resurrection of Jesus Christ, to accept the freedom and power to resist evil, injustice, and oppression.

For those facing raids this weekend, we are reminded of our scriptures which teach us:

O how abundant is your goodness

that you have laid up for those who fear you,

and accomplished for those who take refuge in you,

in the sight of everyone!

In the shelter of your presence you hide them
from human plots;
you hold them safe under your shelter
from contentious tongues.

Since 1950, the National Council of Churches of Christ in the USA (NCC) has served as a leading voice of witness to the living Christ.  NCC unifies a diverse covenant community of 38 member communions and over 40 million individuals –100,000 congregations from Protestant, Anglican, Orthodox, Evangelical, historic African-American, and Living Peace traditions – in a common commitment to advocate and represent God’s love and promise of unity in our public square.  NCC partners with secular and interfaith partners to advance a shared agenda of peace, progress, and positive change.

Statement of Faith “The National Council of Churches is a community of Christian communions, which, in response to the gospel as revealed in the Scriptures, confess Jesus Christ, the incarnate Word of God, as Savior and Lord.

These communions covenant with one another to manifest ever more fully the unity of the Church.

Relying upon the transforming power of the Holy Spirit, the communions come together as the Council in common mission, serving in all creation to the glory of God.”

This statement is accepted by the NCC member communions (also called churches, conventions, meetings, or denominations). As Christian bodies, they hold these and many other beliefs in common. Each member also has a unique heritage, including teachings and practices that differ from those of other members.

Through their covenant as the NCC, the member communions grow in understanding of each other’s traditions. They work to identify and fully claim those areas of belief they hold in common; they celebrate the diverse and unique gifts that each church brings to ecumenical life; and together they study issues that divide the churches. And they cooperate in many joint programs of education, advocacy, and service that address critically important needs and witness to our common faith in Jesus Christ.