Ukrainian American Veterans National Monument Dedicated at the Spiritual Headquarters of the UOC of the USA in South Bound Brook, NJ

For decades there has been a strong desire among the membership of the Ukrainian American Veterans (UAV) to construct a national monument that would pay tribute to the hundreds of thousands of Americans of Ukrainian ancestry who gave so much – in far too many cases their very lives – in service to the United States. 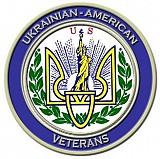 This desire became a reality for the Ukrainian American Veterans on a rainy and stormy day of post Hurricane Joaquin Saturday afternoon, 3 October 2015. Over 250 people gathered at the spiritual headquarters of the Ukrainian Orthodox Church of the USA in South bound Brook, NJ for the formal dedication and unveiling of the national Monument, honoring Ukrainian Americans who served in the United States Armed Forces.

The idea of a National Monument honoring all Ukrainian Americans who served in the United States Armed Forces was presented to His Eminence Metropolitan (Archbishop) Antony of the Ukrainian Orthodox Church of the USA approximately o14 years ago. Back then, Archbishop Antony enthusiastically embraced the idea and, after discussions with the Hierarchs and Metropolitan Council of the Church, offered a plot of land in a prime location on the grounds of St. Andrew Ukrainian Orthodox Memorial Church and Cemetery in South Bound Brook, New Jersey, as the site for the monument.

Representatives of various government and Ukrainian community organizations took part in a formal dedication and blessing ceremony. The ceremony was opened by a prayer and the national anthems of the United States of America and Ukraine sang by Ukrainian Youth Association Choir of Chicago, IL. Speeches and reflections of various dignitaries among whom were National UAV Commander Ihor W. Hron, Metropolitan Antony of the Ukrainian Orthodox Church of the USA, Metropolitan Stefan of Ukrainian Catholic Church and others, provided an opportunity for everyone one in attendance to reflect and acknowledge the service, sacrifice and contribution of all Ukrainian American men and women who have honorably served and continue to serve in the United States Armed Forces.

The formal blessing service was conducted by His Eminence Metropolitan Antony (UOC of the USA), Metropolitan Stefan (UCC), Bishop Daniel (UOC of the USA) assisted by Very Rev. Yuriy Siwko, Very Rev. Mykola Filyk and Rev. Vasyl Pasakas. The student choir of St. Sophia Ukrainian Orthodox Theological Seminary chanted responses to the dedication liturgical service. A final act of the dedications service was prayerful chanting of MEMORY ETERNAL, chanted by His Grace Bishop Daniel in memory of the fallen veterans and soldiers of Ukrainian-American descent. Once the prayer concluded, Bishop Daniel once again called to attention the sacrifices of the so many still living veterans, whose service and sacrifices were honored by the prayerful pronouncement - GOD GRANT YOU MANY YEARS – MNOHAYA LITA! 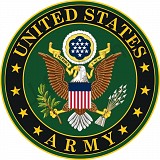 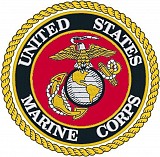 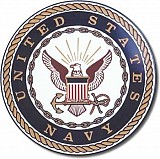 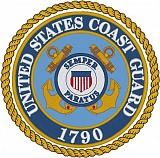 The day concluded with a formal banquet in honor of the Monument’s dedications but also at the conclusion of the 68th Annual UAV Convention that took place in Somerset, NJ. The formal reception took place at the Ukrainian Cultural Center of the Ukrainian Orthodox Church of the USA in Somerset, NJ. Once again, the CYM choir performed, bringing to life so many wonderful military oriented songs, especially when everyone in attendance was treated to the ARMY, NAVY, AIR FORCE, COAST GUARD and Marine songs.

The National UAV Commander Ihor Hron presented His Eminence Metropolitan Antony with “COMMANDERS AWARD for DISTINGUISHED SERVICE” in gratitude for his support, guidance and leadership as the Honorary Chair of the UAV National Monument Committee since 2004. Later in the evening banquet program Metropolitan Antony spoke of the importance of the monument in the spiritual center of the UOC of the USA, stating: “…Especially interesting and most appropriate is the fact that the site in South Bound Brook has historical significance dating back to the American Revolution. The property was owned by Hendrick Fisher, a leader of the New Jersey Delegation to the Continental Congress. The family’s private cemetery is now surrounded by the graves of Ukrainians who fought for freedom both in Ukraine and in the United States. Thus, this presents a unique blending of two histories – Ukrainian and American.”

Metropolitan Stefan, speaking on behalf of the Ukrainian Catholic community also reflected on the countless sacrifices of the men and women of Ukrainian-American descent that have served in numerous branches of US military. His Eminence made references and analogies to the ongoing conflict in Ukraine and the importance of sustaining the soldiers of Ukrainian Armed forces.

Speaking on behalf of the Permanent Representation of Ukraine to the United Nations and the Ministry of Defense of Ukraine to UN, Colonel Mykhailo Kyrylenko recognized also the sacrifices of many veterans that were seated in the banquet hall, yet calling upon those in attendance to be mindful of the sacrifices of numerous Ukrainians that are making very similar sacrifices in Ukraine, protecting their homelands peace, stability and freedom.

As the last speaker at the banquet, His Grace Bishop Daniel presented a short reflection of the mission of Freedom and the covenant that exists between a nation – a society and its soldiers, as one of the most sacred covenants in the world. Vladyka Daniel spoke of his military service as a chaplain and the sacred mission of chaplaincy in the history of the US Armed Forces and especially in the life of the men and women in uniform.

The day concluded with a prayer offered by Metropolitan Stefan of the Ukrainian Catholic Church. Many veterans joined each other in the formal dance reception at the Ukrainian Cultural Center, provided by Slavko, yet while talking with each other in the late hours of the evening everyone remembered the need to support the men and women serving today in the Armed Forces throughout the world.