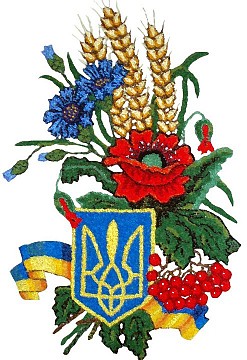 The Council of Bishops of the Ukrainian Orthodox Church of the USA has issued a continued appeal to all the faithful of our Holy Church for contributions to aid the victims of the ongoing war conflict in Ukraine, which devastated much of the Eastern part of Ukraine:

“…We remain in solidarity with our Orthodox, Catholic and other Faith leaders in Ukraine who have proved their devotion to their flocks in their steadfast prayer and ministry to those who sat on the cold cobble-stoned Maidan, and care for the wounded soldiers on the front-line in Eastern Ukraine and at the same time care for the refugees.

We have personally delivered material support to the hospitals caring for the injured and the families of those murdered.  Today, however, we call upon all our brother Hierarchs of Orthodox Churches throughout the world to utilize their God-given authority, including those in Russia itself, to call for the cessation of the attack of Orthodox brothers against their own in the Faith!  We call upon Christians of other denominations and adherents of all religious Faiths around the world to urge their followers to speak up and help to avoid a cataclysm for a nation that has endured far more such cataclysms than it should have been able to endure. But, endure it did!  Only by the Grace of God was Ukraine reborn over these 24 years - in spite of weak and fractured leadership at all levels - political, social, ecclesiastical, and more.  The time has come to allow her to blossom, as she has begun to - without being a threat to any of her neighbors and without abandoning millennium old international relationships.

Ukraine and her people were for a significant and vital period of time, the very epicenter of world Orthodoxy.  She and her people have proven themselves by their incredible faith in our Lord, God and Savior, Jesus Christ.  She has submitted herself to hope in the Holy Trinity and to the Protection of the Mother of God.  We, as the Hierarchs of the Ukrainian Orthodox Church of the United States of America, beg for the sincere and endless prayers of all who read these words or hear them spoken.  We especially appeal to those monastic communities around the world, who pray continuously for mankind to place Ukraine and her people in their hearts and minds during all their prayers.

We continue to appeal to the faithful of the Church to contribute financially in support of our brethren in Faith. We are issuing this urgent appeal for contributions, which will be delivered in person to the proper individuals, for the medical care of the hundreds of people who have been injured, some very severely, during the difficult days of this ongoing war. Your contribution may be the primary reason that another human being receives the treatment necessary for recovery.

Our goal is to get these contributions into the hands of those who need them as soon as possible!

The most expedient method for making such donations for this cause would be to utilize our secure online donation at www. uocofusa.org. Contributions may be also sent by special postal delivery to the Consistory at

or they may be hand delivered to the Consistory office at

With prayers and gratitude for the love shown to those that are in need, 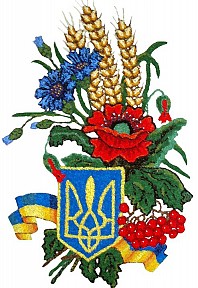